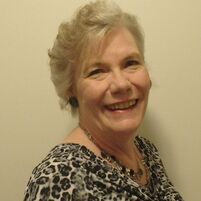 Click the Pic to download/print the Bio.
This brief biography only begins to touch the surface of Cindy Lee’s life.  There were many years of deep anguish, depression, and dysfunction to overcome.  She did it all through the power of prayer and the strength of God.

Born in a small town in northern Ohio near Lake Erie, Cindy Lee (Cindy) moved with her family to the Susquehanna Valley when she was only a few years old.  Living in rural East York through her school years and the York/Hanover areas as an adult.

At the vulnerable age of 12, Cindy’s parents separated and divorced.  She lived back and forth between her mother and father for the first few years; eventually to live with her single mother until her first marriage.  Those years in themselves were destabilizing and contributed to many unstable events later in life.

Attending Central York School District and graduating from York County Vo-Tech (class of 1973) she was somewhat of a shy person.  Getting married shortly after high school, she soon found herself expecting her first child.  Her son Samuel was born in July the following year.  A year later, the marriage failed and thus began a series of bad relationships, 2 more children; daughters Angela and Melanie and another marriage that eventually fell apart. All before she was 26.

To cope with stress and turmoil, Cindy turned to alcohol and drugs.  Although still able to function at some level, with her mental state deteriorating, she was admitted into several psychiatric facilities starting in 1985.  In that same year, she was diagnosed with breast cancer which resulted in a mastectomy.  Her mental state disintegrated to near total dysfunction.   After several years of counselling, in 1987 a diagnosis of Bi-Polar Disorder led to proper medication and treatment.  Although Cindy continued to drink, her drug abuse had stopped a few years prior.  In December of 1989, after a complete alcoholic “meltdown” and a suicide attempt, hospitalization was again the only option to treat this relapse.  This time, something was different.  In complete and total surrender, she asked God for help.  He immediately embraced her, pulled her out of the miry clay, and turned her around.
The years that followed were not easy.  Even though sober and in a better mental state; the propensity for getting into bad relationships with men continued.  With continued therapy, she learned that she was a person of value and deserved to be treated as such.  The realization that God loved her, no matter what, and forgave her, no matter what, was also slowly sinking in.  Healthier relationships began to form.  Having already caused immeasurable pain to her children and family, it was only the strength of God that kept her sober and sane.  Eventually she was able to repair her relationships and grow in faith.  In 1993, she married the love of her life, Buck, whom she had met 7 years earlier.  They were both sober.  Here, she learned another life lesson.  You can’t love someone enough to keep them sober.  Three years later, Cindy remained sober, he was back to being drunk and they divorced.  Alone, he died in 2006.  Although divorced in 1995, Cindy handled all his arrangements including a memorial service for him at the homeless shelter where he had been a resident.  The Chaplin there had brought him to the Lord just days before his death.  In 2006, a few months later. Cindy also saw the death of her father.  In his fight with cancer, he became incapacitated and was cared for by the local Hospice caretakers in his home.  The hospice Chaplin brough him to the Lord, again just days before his death.  One of the last times she saw him, he told her that he had accepted Jesus and he would see her again someday.  Both things reinforce the fact that it’s never too late as long as there is breath in your body.

Next up, a move to Allentown.  After the marriage to Buck ended, Cindy remained single and began becoming her own person.  But in 2000, the man who was part of her “new” life for the previous 5 years died unexpectedly.  There is a saying in AA, “If nothing changes, then nothing changes”.  In 2001 an opportunity arose for a big change.  Her children all grown and on their own, she packed up and moved to Allentown.  There she truly became her own person.  She met and married her fourth husband, Rick, in 2005 after meeting in 2002.  She found a church where she became involved in everything from the children’s and women’s ministries to being editor and chief of their newsletter which started the writing career the blossomed into Connecting the Light.  Rick was also involved in several ministries.

Why the move back to Hanover?  The home they were in was becoming a money pit and they both were wearing out trying to keep up with expenses. (Cindy at one point working 3 part-time jobs.)  Early in 2015 they began looking into options, moving seemed to be the best scenario.  Hanover seemed a good choice.  Cindy’s children, grandchildren, and most of her extended family all lived in the York/Hanover area.  After what seemed like an eternity of cleaning out and packing, in June of 2015, Cindy and Rick became apartment dwellers.

In August of 2016, after 30 years being cancer free, Cindy was diagnosed with Hodgkin’s Lymphoma.  Following 7 months of grueling chemotherapy, she is in remission and remains so now.  You can find her free downloadable “You CAN get Through IT!” on her website’s “Free Stuff” page.  It is a guide she wrote, and used, to get through those long months.

Through the years, children and grandchildren have lived with Cindy and Rick at different times.  In June of 2019, Cindy became guardian of her 15-year-old troubled granddaughter.  Since then, her granddaughter has graduated and has become a much better person through Cindy’s tutelage. In the spring of 2022, after 17 years, husband number four decided he wanted to “move on” to “greener pastures” and they separated.  (Read “What Season are you in?” on the “Message Archive” page that tells you about her Spring of 2022 changes.)

Also, in spring 2022, Cindy retired from the church secretary position she had taken near Hanover (Working helped fill her time and still serve the Lord.)  She also found a new church “home” and is active there.  She has been able to spend more time with her children and grandchildren.  (She is Memaw to 10 grandchildren and 3 great-grands!)  She often recounts her life experiences to them to illustrate how even the worst situation can be overcome with the help of God who is always with us.
Connecting the Light was born of Cindy’s desire for you to see God in your life and know that He loves you and is with you always.  Jesus is the light that shines for us all.  Connecting to that light is what gets us through every hour of every day.